The oil drilling industry can be considered as among the most delicate industries that the world has seen. The best way to describe this industry is that there is a steady increase in demand for natural oil and gas in the industry.

This explains the reason why the vast majority of drill rig companies are on the constant lookout for various ways they can improve their existing wells and optimize their oil production.

Did you know that the first country that drilled the first-ever oil-producing wells was China, and they built oil wells that were about 800 feet deep? From that time moving forward, the demand for natural gas and oil has always been on the rise. Growing industries from around the world need a reliable source of fuel to power up their machinery, and this growing industry has always been there to provide for that.

The first and the original drilling method used before by major players in the oil exploration business was developed by Edwin L. Drake in 1859. Up to this day, drill rig companies are still using this drilling method for oil and natural gas and were never considered obsolete.

Doing the math on this, we can reckon that the world has consumed 800 billion barrels of oil, and this is from 1859 up to the present. Hence, this explains the reason why the oil exploration and drilling business is considered as one of the most profitable and dynamic industries the world has seen.

For as long as there are pieces of machinery that require the use of mineral oil and its manifold byproducts, this industry will remain productive and will continue to grow in many years to come.

With the latest advancements in oil drilling technology, with the help of newer drilling techniques, it is now possible for oil drilling firms to even reach mineral oil reservoirs which in years past were considered by them as unreachable or completely inaccessible. Simply put, the drilling techniques they employed for use in many years somewhat put a limit on what they can produce.

In an oil drilling process, qualified geologists often have a major role to play. With respect to their experience and expertise in this field, drilling companies rely on them when it comes to identifying the best location to drill on.

Qualified geologists are professionals who can partner up with a drilling firm on a contractual or per-project basis. Sometimes they can also choose to work independently, no commitment at all, with any specific drilling company of their choice. These pros are highly skilled in the sense that they studied rock and related terrains which makes it easy for them to find and identify the best location with a possible oil bed. Such sites are the only ones that qualify for an oil drilling process.

The purpose of oil drilling is to have a mechanism in place that will allow for the suctioning of crude petroleum gases and oil from underneath the earth itself. Most of us are familiar with crude oil in the form of tar, which is its semi-solid or liquid state.

Crude oil reservoirs are usually found thousands of feet below ground, hence, the only possible and practical way to have access to them is via a drilling process. Oil from underneath the ground can be drilled by either of the two drilling techniques.

This type of drilling method involves the use of oil drills, which are referred to as jack-up rigs. They are often taken advantage of at a depth of 200 feet below ground, and when depth would be close to or nearing 2000 feet under, they will be latched to the ocean floor using air-filled bags. This method of drilling is very much comparable to other techniques that are normally used on land.

If we will take into account the number of drill rig companies that employ the use of this drilling method, it would make it the most widely used technique today. This drilling technique is very much recognizable in the sense that their base comes with a rotating turntable, matched with a tall oil derrick.

Special mud is utilized here to help in suctioning out rock cuttings. It is also used for lubrication purposes for the drill bit. This mud can be formed by combining clay, water, and some chemicals.

There are several other methods of drilling techniques used today by many oil exploration companies, amongst them are percussion drilling and horizontal drilling. The procedure they come with is best described as long and strenuous, that it takes a couple of years just to drill a single oil well. Hence, it is not the most preferred method in the oil exploration space.

Figures don’t lie when it comes to the drilling rigs for sale in Australia.

What it is showing us is a sustainable surge in the number of drilling rigs being purchased in years past. It is one of the more tangible proofs that the mineral and oil drilling industry in the country is dynamically growing and more. The second in lead here is the rotary air mud drilling method.

Looming question we have regarding these 2 methods of drilling is which among these two should you consider having? Which among the two will best fulfill your business’ requirements? 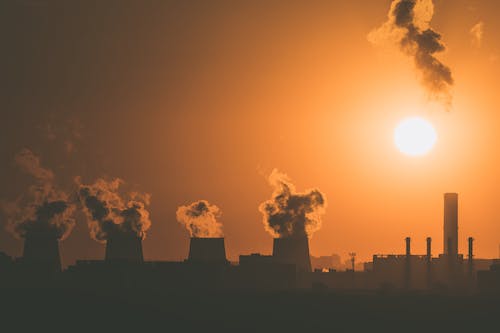 The choice of drilling method to use for your upcoming project is not just going to have a big impact on the outcome, but would actually determine the level of success you are bound to have from its use. For this, you need to take into account a number of things such as your project goals. Have you clearly outlined what your project goals are? Other important things you need to consider are geologic conditions and groundwater presence. And then last on the list would be the time table or work schedule that you need to make your team adhere to.

If you happen to have an upcoming drilling project and you reckon that it is going to involve deeper borehole drilling,  you must condition yourself as early as now that the work ahead of you will be most challenging due to difficult geologic conditions.

How  Do They Work?

With the help of the impact energy created by the hammer combined with the rotation motion, the rotary type of drilling can be advanced. This should naturally crush the encountered ground formation, right at the drill. The formation drill cuttings will be moved and taken away from the borehole with the help of circulating compressed. Another good alternative for this is water.

If drilling proper becomes unstable due to difficult ground formations, bentonite additives can be added to water, which is simply mud. With the help of pressurized air, cuttings can be blown away and push them to the catchment. The water mud can be used to funnel them to the cutting settling pit.

The cuttings will be recycled. To do this, they need to get back to the borehole. Advancing the borehole in sonic drilling can be done with the use of resonant high-frequency vibrations, which will significantly help in fluidizing the ground formation that the drill bit is encountering.  The sonic head, which you can find at the topmost part of the drill string will create the vibrations, so it will be able to move in an up and down  on the drill string where vibration is at its most intense compared to many other parts of it.

Resonant frequencies become audible and are thus qualified as “sonic” if they reach 50 for up to 200 Hertz. Implementing a certain level of control to manage these frequencies is a must when it comes to making them suitable for use on the type of ground formation encountered and worked on. Rotation motion can be added if you need to get past difficult and hard geologic formations.

Sonic type of drilling can easily find its practical application in the many different types of geologic foundations. You might find it very surprising that it can help you surmount even the seemingly extremely difficult drilling situation. So when trying to look for drilling rigs for sale in Australia